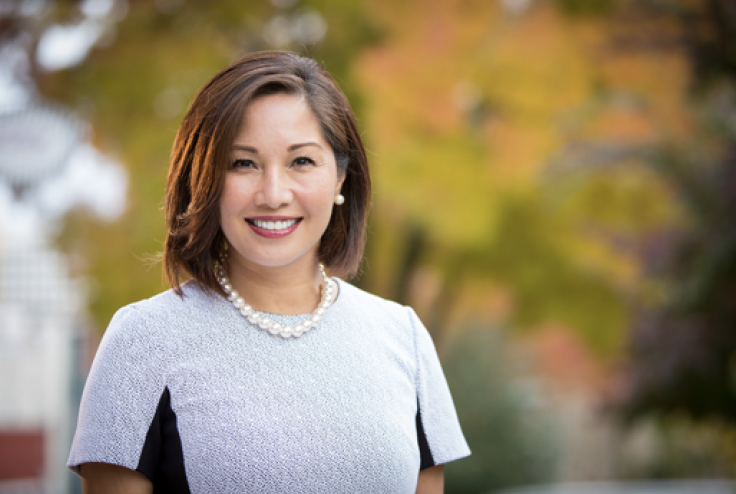 As the newest member of Pierce College’s governor-appointed Board of Trustees, Clemencia Castro-Woolery looks forward to supporting the college’s efforts in building an anti-racist institution. As the daughter of a physician and a lawyer, she understood the power and importance of education from a young age. “I’ve always believed that education is a path to a better life and more opportunity,” Castro-Woolery said. “I’m looking forward to helping Pierce College in its mission to expand access to education, particularly for those in the BIPOC community and those without the financial resources to go to college.”

Castro-Woolery was born in the Philippines and immigrated to the United States with her family at three years old. She grew up in Moses Lake, Wash., and earned a broadcast journalism and communications  degree from University of Washington in Seattle.

She worked as an Emmy Award-winning news reporter and producer for KIRO TV for several years before attending law school. Today, she serves as a business attorney with substantial experience in employment law, business transactions and banking law. Castro-Woolery is a founding partner of Ledger Square Law in the heart of downtown Tacoma, and she works hard to give back to the community that has served her well.

Castro-Woolery has served on many boards in the past, including the Tacoma-Pierce County Chamber of Commerce, YWCA, Tacoma Art Museum, Asia Pacific Cultural Center and more.

“With Clemencia’s strong record of service to the community, passion for education, and commitment to equity we are lucky to have her,” said Chancellor Michele Johnson, Ph.D. “She joins a group of passionate and mission-driven trustees.”

Castro-Woolery resides in Lakewood, with her husband of 33 years, and has three children. She replaces Amadeo Tiam, who has come to the end of his term limit after serving as a dedicated member of the college’s Board of Trustees since 2010.