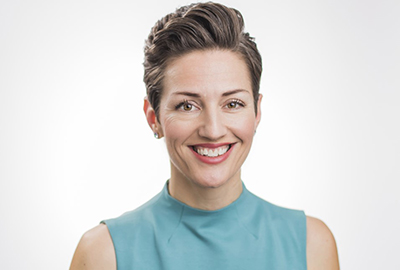 Anne Jones has always worked hard and played hard. Her work ethic and love of athletics have served her well in a varied career that includes magazine advertising sales, construction management and real estate. Today, the Pierce College alumna is co-owner, with her husband, Dave Jones, of Windermere Abode, a full-service real estate brokerage located in Old Town, Tacoma, serving all of Pierce County. She’s also a busy mother of two sons, Wilson, 14, and Taylor, 10.

“Growing up in Gig Harbor, I was always involved in volleyball, basketball and track,” she said. “When I started looking at colleges, I knew I wanted to go to a school where I could play on the volleyball team. I found out that Pierce College Fort Steilacoom had a great women’s volleyball program so I chose to go there.”

Attending Pierce College also made financial sense, as her volleyball scholarship covered her tuition. Jones had previously been a Running Start student at Tacoma Community College while in high school. Her parents were “very enthusiastic” about community colleges.

“That’s the beauty of community colleges,” Jones said. “They’re affordable, plus they have a wide range of academic offerings and you get to continue on with sports you love.”

At age 18, Jones enrolled at Pierce, and rented an apartment nearby. “I was ready to leave the nest a bit,” she said.

She earned her associate degree in journalism while forging great relationships with her coaches, instructors and volleyball teammates, many of whom she still keeps in touch with via social media.

“Attending Pierce College for two years broadened my world view in a way I am grateful for,” Jones said. “Gig Harbor was a little sheltered, so I appreciated the opportunity to meet students with stories that were different than my own. I knew people who were worried about coming up with tuition from quarter-to-quarter; that perspective helped me value my own education more. I know I would have missed out on some important life experiences if I had gone straight to a four-year school."

After earning her degree, Jones transferred to University of Puget Sound, where she majored in communications and played on the volleyball team.

“I was interested in a journalism career, but around the time I graduated (in 2004), the industry had really started to change and contract,” she said. She and her husband moved to Ellensburg, where he was finishing his degree in education at Central Washington University.
In Ellensburg, Jones got a job working for a trade publication in the home furnishings industry. She went into advertising sales, which gave her the opportunity to travel around the country. When her husband graduated, they moved back to this area and her husband started teaching.
Jones began working for her parents’ residential construction management company, providing project management, including scheduling contractors, working with realtors and “handling all of the thousand steps that go into homebuilding.”

That helped prepare Jones for her next career evolution as a real estate broker. “In 2006, I had my first son, Wilson,” she said. “I didn’t want to commute anymore and at the time, we were working in Mason County and we started to see the ripples of the economic downturn.”

In 2008, she obtained her real estate license and started her career with Coldwell Banker Bain. She and her husband opened their current business, Windermere Abode, in 2017.

“This work allows me to use my degree and experience,” Jones said. “It weaves it all together.”

But what really energizes Jones in her current role is helping people. “I do this for the people I serve and co-brokers. Real estate is a relationship business. It can also be a tough business,” she said. “My background has taught me how to weather cyclical ups and downs in the industry. I’ve learned how to be fiscally conservative.”

Jones is a big believer in the educational and economic value of community colleges.

“I took some phenomenal classes at Pierce,” she said. “It gave me a leg up. I see the current generation and next generation strapped by student loans. I am so grateful I had the first two years of tuition covered. And a few years ago I paid off the last of my student loans for UPS, which I’m very proud of.

“I also believe in the need for education in the trades as well, and that is a role community colleges can fill. Not only is four-year college not for everyone, but we need skilled tradespeople in this economy.”