Pierce College at JBLM student hits her stride thanks to supportive advisors, professors 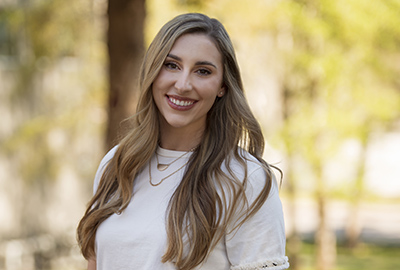 When Pierce College at JBLM student Darian Kosa first learned she had been accepted into Seattle University’s nursing school, she immediately burst into tears of happiness. It had been a long road for Kosa, 25, who struggled through three semesters of college before switching courses to join the Army at 19 years old.

Originally from 29 Palms, Calif., Kosa grew up in a military family with both parents serving as Marines. Throughout high school, she never ruled out the possibility of following in her parents’ footsteps and joining the military, but chose to attend college instead.

When she left home to study at Old Dominion University in Norfolk, Va., she wasn’t quite prepared for the demands of college. “I was a kid when I went away to college, and I didn’t do well,” she admitted. “I was placed on academic suspension, and found myself in a position where I needed to make a change.”

Kosa enlisted in the Army, and calls this decision one of the best she’s made. “I am so thankful I joined the military,” she said. “I was 19 when I joined, and I had a lot of growing up to do. I was never the best student, but it took time, self-motivation and dedication to get to where I am now. This was the right path for me.”

Today, Kosa is an Operating Room Specialist in the Army while she works toward her associate degree in pre-nursing at Pierce College at JBLM. It was during one of her deployments that she was inspired to go back to school. “The nurses I worked with overseas were the backbone of our team,” Kosa said. “They truly inspired me, and working with them got me thinking that I wanted to do more for the community.”

Kosa learned about Pierce College at JBLM from a colleague, and made an appointment with an advisor soon after returning from her deployment. “The advising staff has been amazing from the very beginning,” she said. “My advisor, Karianna Lutcavich, has been there for me every step of the way, as my own personal cheerleader. I’m not sure where I would be without her.”

Lutcavich has worked as an academic advisor at Pierce College since 2019, and Kosa is one of her first advisees to graduate this spring. “I saw a little bit of myself in Darian when she was hard on herself and hesitant to acknowledge her own success and potential,” she said. “It reminded me of my own academic advisor and I realized how much I appreciated the constant encouragement and support I received. I wanted to do the same for Darian and pay it forward. It means the world to me to know I had a positive impact on her education.”

Although COVID-19 moved classes online, Kosa’s professors have provided a great deal of support to students throughout the pandemic. “It’s been a crazy time, but my professors have been amazing,” she said. “They’ve done a great job of making sure we understand the material even though we’re not physically in the classroom together.”

Pierce College at JBLM courses are uniquely designed to meet the needs of active duty military members, their family members, VA benefit recipients and civilians in the community. Accelerated terms, arranged courses, hybrid and online courses with two entry points per term are some of the ways the college meets the needs of military students like Kosa.

Although studying to be a nurse while living through a pandemic has been a bit nerve-wracking, Kosa believes the experience is preparing her well for a demanding career in nursing. “I can’t wait to start nursing school,” she said. “I’m so grateful for the advisors and professors at Pierce College for all their help along the way.”